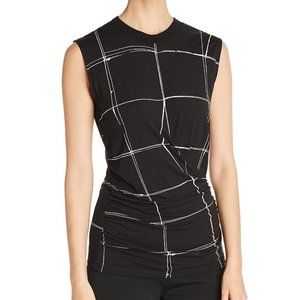 Brand new with tags! Sadly, it was final sale and does not fit me.
|||

Catholic Church in Mexico trying to follow the synodal path

Living in the world as it is... while hoping for one that's better

Summoning the courage to forgive

A Whip of Cords

African preacher claiming to be Jesus is released from prison

A shifting world and the political loyalties of a globalized Vatican

Viktor Orbán, the pope, and the cloak of Saint Martin

In new interview, Francis reveals that he’s requested a meeting with Russia’s president, while issuing his first-ever criticism of Patriarch Kirill of Moscow.

Bishop in Paraguay calls on journalists to assist in Church's mission

Timor Leste archbishop asks president-elect to abide by the Constitution

José Ramos-Horta, re-elected president for a second term, had indicated he will dissolve parliament to resolve the political rivalry between the presidency and parliament

Catholic bishops in the South American country denounce the growing culture of violence, ask Bolivian people to work for a culture of peace

Pope Francis’ reform of the Curia

When sacred symbols and rituals are combined with State power

Hundreds of years of shared religious, cultural, and political history between Russia and Ukraine continues to unfold chaotically and unexpectedly

Archbishop Laurent Ulrich, who will be 71 in September, will have to use his well-known dialogue skills to help heal a wounded Church in the French capital

As their country is under attack from Russia, members of the Ukrainian Orthodox Church of the Moscow Patriarchate find themselves in a difficult situation

Are bioethical issues the only political compass?

Prelates admonish president, lawmakers in the Andean nation, tell them to assume responsibility for which they were elected

Why Catholics in France are moving to the political far-right

Sociologist and leading expert on the relationship between religion and politics analyzes the latest, alarming trend in France

Is Putin guilty of carrying out a genocide in Ukraine?

Catholics veer to the hard right in French presidential election

In the first round of France’s presidential election, candidates on the extreme right got 40% of the Catholic vote, while a far-left candidate also made inroads with churchgoers

Francis addresses a delegation from the Global Researchers Advancing Catholic Education, a collaboration between five Catholic universities in Europe, the United States, and Australia

The Church has not always been right, but its call for us to question our contemporary cultural assumptions is more than outdated anthropology. A response to Paul Lakeland.

Human anthropology and sexual ethics are subject to change. But the knowledge that we were created in the divine image to love and be loved is eternal.

The Vatican issues text on schools and "Catholic identity"

The Church cares very much about the Earth because the Earth was created by God, who created all of us as siblings to live together in our Common Home, says Cardinal Michael Czerny

Brazilian bishops stand up for the Yanomami people

Pressure at the seam

Stories of ministers in crisis

Revisiting "Waste Land" at this time of war in Ukraine

Book review: "Soldiers of God in a Secular World"

Tolstoy argues that people go along with their leaders because they are hypnotized by what is going on, the pomp, the power, the false motives

Choosing the best among the worst

Hunger is not inevitable

The last of the gentleman editors

No role for the pope in Ukraine

Ukrainians indignant over Russian role at pope’s Via Crucis

A Whip of Cords

African preacher claiming to be Jesus is released from prison

Saint Paul: the first to evangelize at the peripheries

Give us all a richer conversation
La Croix International thrives on the diversity of our global community of readers. But the voices of those who cannot afford to join us are missing.