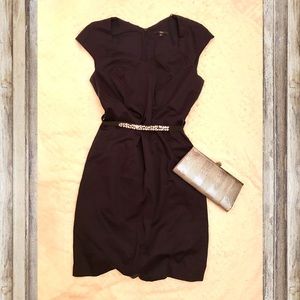 Reposhing this item I purchased from @thefashionvines. Loved it, but ready to rotate for something new. Questions? Leave a comment below!
|||

Born in Salles en Gironde, France on Mar. 19, 1886, Jean Despujols is best known to Southeast Asian scholars for his stunning art depicting French Indochina during his two-year mission throughout the region from 1936-1938. His paintings of Angkor and Cambodian dancers are among the most beautiful ever created. This article by his grandson, Godefroy Hofer, describe the competition that established his reputation as a world-class artist and celebrate a magnificent anniversary: Jean Despujols’ centennial of winning the Grand Prix de Rome on July 18, 1914.

In early 20th century Cambodia, George Groslier established the School of Cambodian Arts, teaching students the crafts of modelling, wood-carving, sculpture, bronze-casting, furniture-making, the art of the gold­smith or silversmith, and (for girls) weaving. In 1936, English author Miss H. W. Ponder published “Cambodian Glory,” including a detailed chapter about this unique school titled “The Tree of Knowledge.” This is the second of a four-part series of articles excerpted from her work.

In 1936, English author Miss H. W. Ponder published Cambodian Glory, including a detailed chapter about George Groslier and the School of Cambodian Arts titled “The Tree of Knowledge.” Excerpts from her article are featured on Devata.org as a four part series detailing Groslier’s work reviving the classic crafts of the Khmer people by founding the School of Cambodian Arts. This is the first article in a four part series.

In a tale that traces royal love, divine wisdom, treachery and betrayal, “Angkor – The Untold Story” depicts the passion of a woman so pure that the temple she helped build nearly a millennium ago still stands as a testament to her passion. In this production by the Apsaras Arts dance troupe of Singapore, Indian apsaras reveal the untold story of Angkor Wat in a spectacular performance that is a breathtaking homage to the art and heritage of Cambodia and India. The November 2013 Indian Festival of Esplanade showcases their presentation as its opening performance.

Cambodian imagination knows no bounds! This new collection of Cambodian folktales in English and French takes readers through imaginative twists and turns to meet simple villagers living deep in the jungle, kings and princesses in fabulous palaces, angels and gods of the Hindu heavens…you’ll even confront (and outwit) fierce pirates hiding in island lairs! Originally collected by French writer G. H. Monod in the early 20th century, Cambodian scholar Solang Uk adds new perspectives and cultural information to this new edition to make these timeless tales even more entertaining. The rare cover painting of Cambodian village life was done by artist George Groslier in 1912.

A mystery. How is it that in 1927, a 23-year-old woman understood more about the diversity of the 1,800 devata goddesses at the Khmer temple of Angkor Wat than mainstream scholars would see for the 80 years?

Equipped with nothing but a pad of paper and a pencil, Sappho Marchal was the first person to begin a quantitative analysis of the symbolism encoded in the royal female portraits immortalized in Angkor Wat. Who are these women? What hierarchy do they represent? Chances are the answers to these questions are portrayed in Sappho’s clear drawings.

Hailed by H.M. King Sihamoni of Cambodia as a “highly talented and spiritual” dance troupe, 30 extraordinary young artists are embarking on the Sacred Dancers of Angkor US Tour to perform rare classical, folk and sacred Khmer dance and music. Their mission is to bridge the Cambodian-Americans to their Motherland during the Holy Month of Remembrance of the Ancestors (Pchum Ben which starts on September 20) and to raise awareness about the Cambodian dance. The tour is endorsed and supported by King Norodom Sihamoni, the Cambodian Government and the UNESCO Office in Phnom Penh and is placed under the Auspices of Princess Norodom Boppha Devi.

In 1927, American artist Lucille Douglass wrote the lines below…who would suspect that she would remain at Angkor Wat for all eternity?

“Angkor is one of the really great experiences of my life-a more intellectual than emotional experience — not that it left me cold, quite the contrary — but it was more of an uplift — an inspiration.

“Our stay — longer than most tourists — was all too short — Angkor Wat alone requires years of study — living with understanding — a few days seems but a mockery.

“I have never had a place affect me so peculiarly. . . . I shall go back for a time as long as I can stand it and do further study on the spot.

“You see the ruins are set in the midst of the jungle — which held them in its clutches for so many centuries that it still seems jealous of them.”

“Cambodian royal dances, the ad­mirable artistic tradition and all the indigenous past they represent are seriously threatened due to the very evolution of Cambodia and Western progress.” These prophetic words could have been written at any time, but they were actually penned in 1928 by George Groslier, founder and director of the National Museum in Phnom Penh. See dozens of these rare photos, recently revealed by the National Museum of Cambodia.